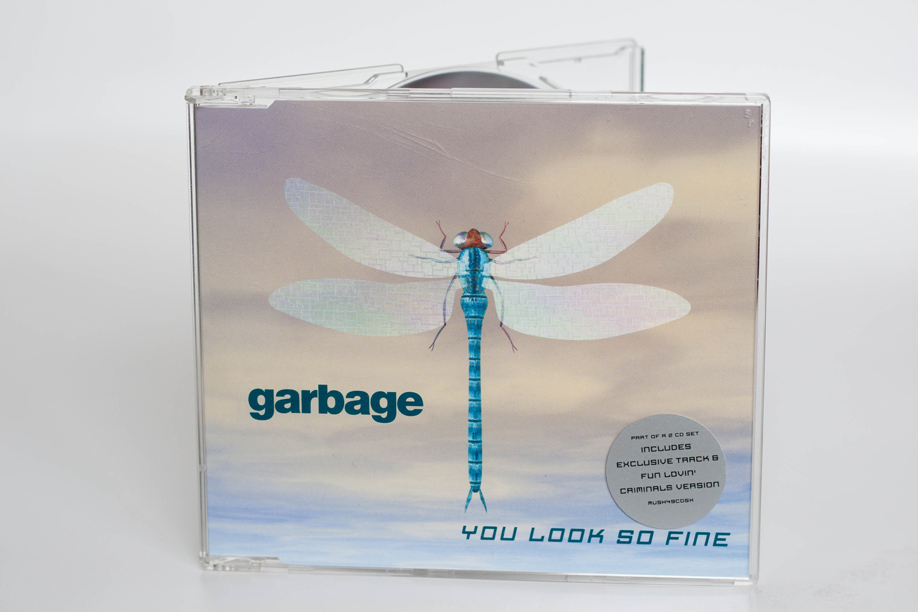 Comes in a stickered slimline case, some of which were shrink wrapped.

A number of copies were also issued as a promo and later sold in Virgin Megastore on Oxford Street, London. 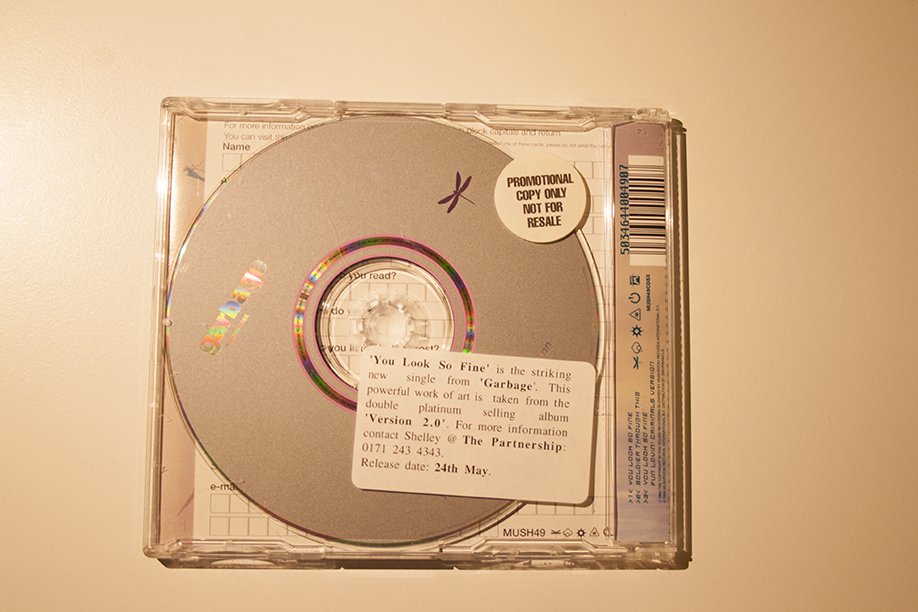 There are two stickers on the reverse one reads;

‘Promotional copy only not for resale’

while the other reads;

‘You Look So Fine is the striking new single from ‘Garbage’. This powerful work of art is taken from the double platinum selling album ‘Version 2.0′. For more information contact Shelley @ The Partnership: {Telephone Number} Release Date: 24th May’. 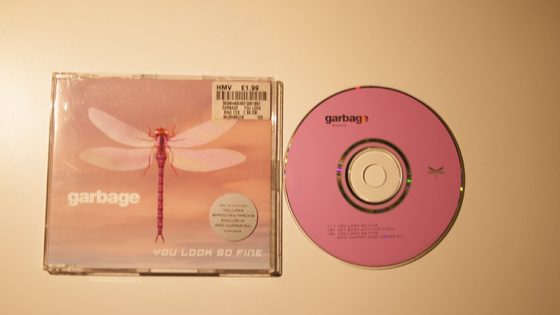 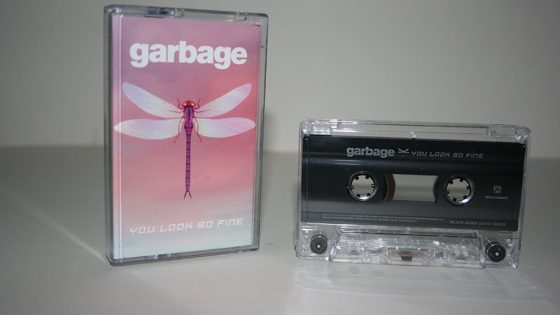 Cassette single, 2 tracks (You Look So Fine / Get Busy With The Fizzy) in standard case 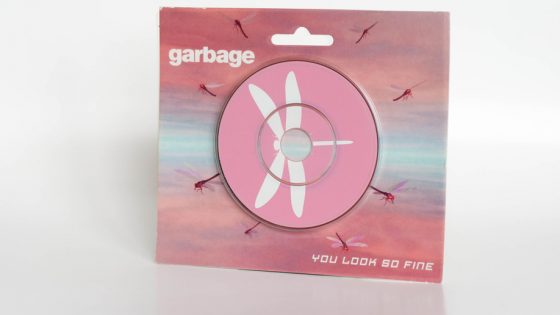