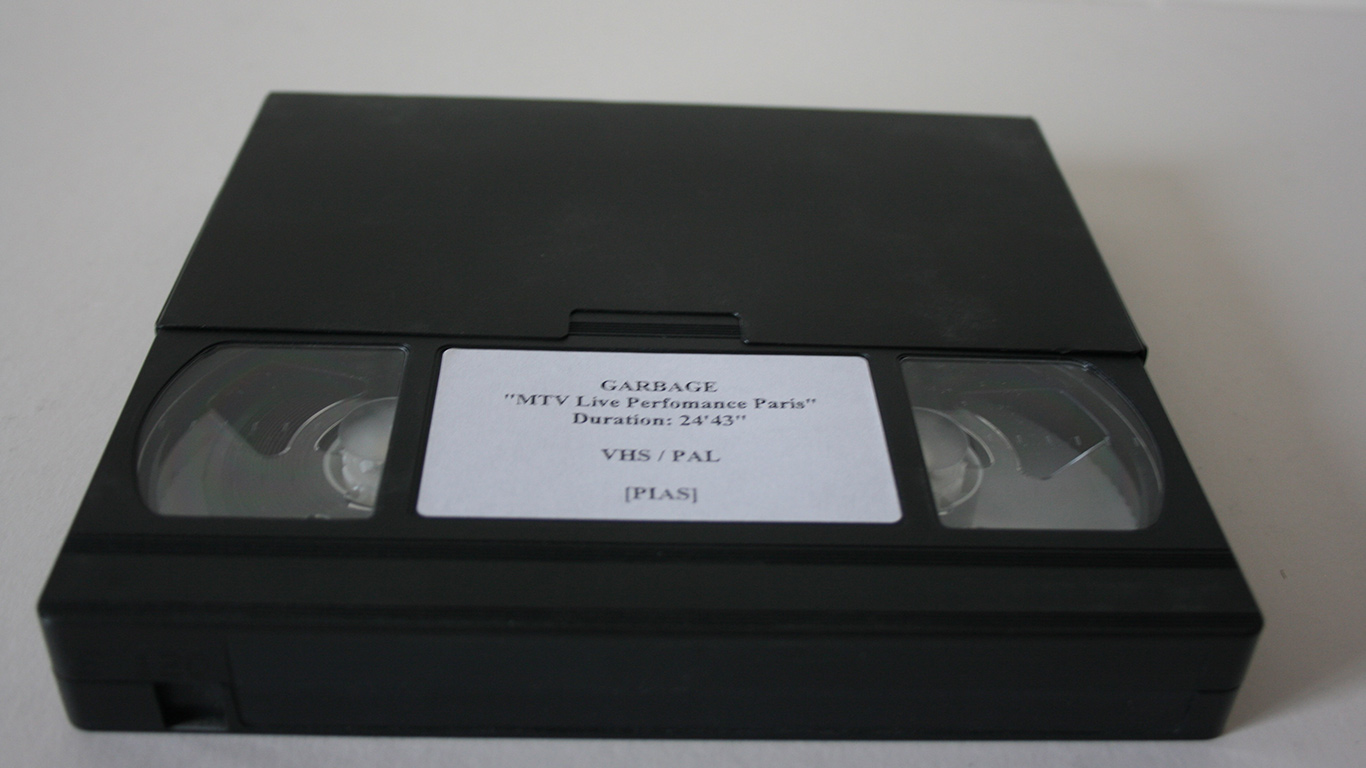 MTV Live Performance Paris, Promotional video of Garbage’s performance from Paris in 1999. The show was recorded at Le Zenith and was broadcast on MTV.

The videos also include mini interviews with the band in between the tracks.

The safety tab on the tape has been snapped out to prevent accidental erasing.

Please note the track listing on this page might be incorrect as I don’t have a video player anymore to check.