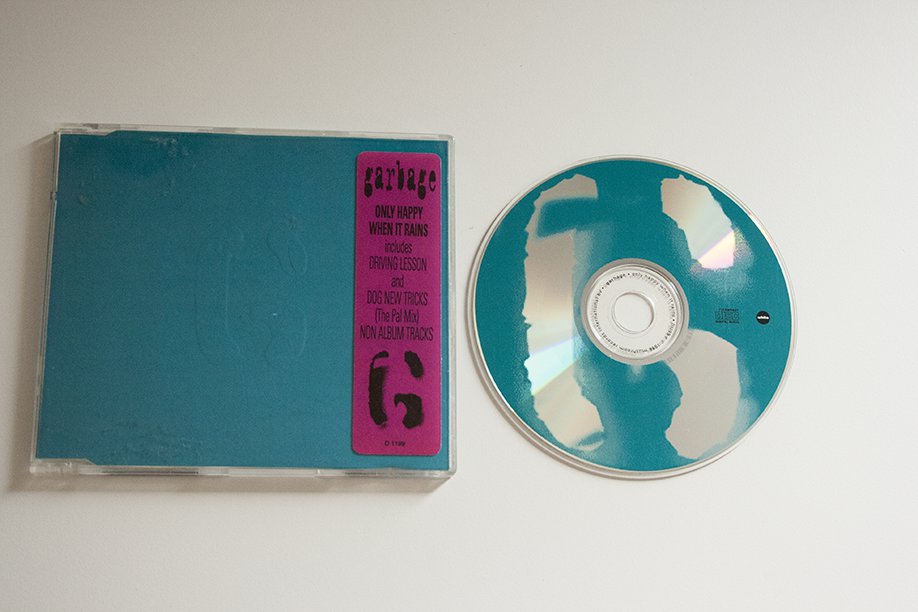 The inlay should have an embossed G logo on it.

There are a number of different stickers which were issued on the release.

One was a circle which featured a competition to win passes to a Garbage gig. You had to enter the Game of Skill by phoning a premium rate phone number (0055 22999) costing 75c per minute.

There is also the more common rectangular version featuring the tracks and the Garbage logos. 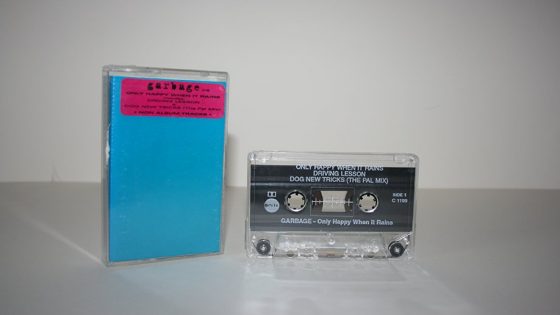