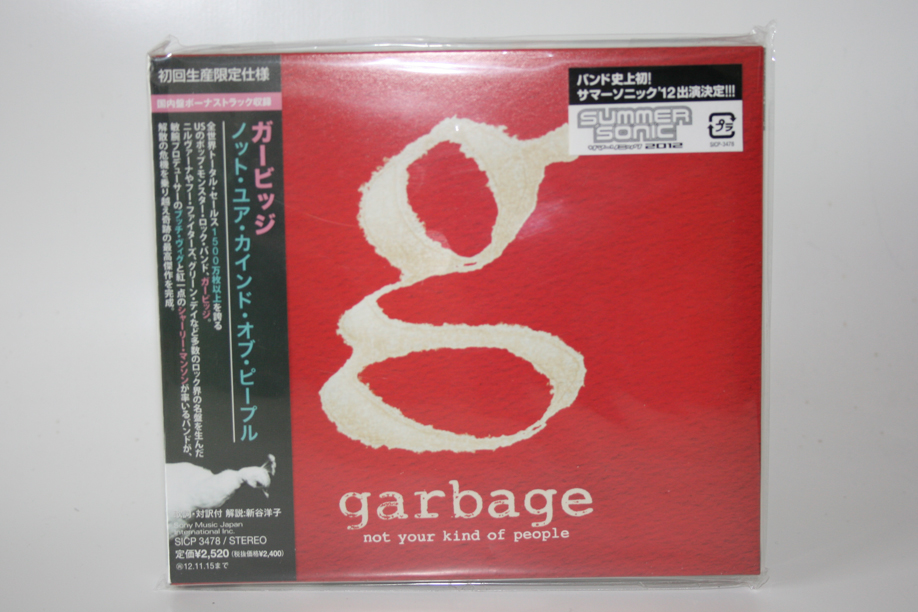 Japanese issued deluxe edition with bonus track Love Like Suicide. Comes in a digipak with an OBI strip. The CD was issued in a resealable plastic bag. There is a triple gate-fold sleeve inside the release while the disc inside the sleeve is housed inside a sugar bag. As with most releases from Japan the album contains a Japaneses lyric booklet.

On the reverse of the OBI strip is a QR code. This takes you to the same URL that is also printed along side it which is https://krs.bz/good-music/m/garbage. At time of writing this URL results in an error 404 page.

Early versions had a stickered sleeve advertising the 2012 Summer Sonic festival where the band were performing.

The same version was also issued as a promotional CD, these have a yellow sticker on the reverse of the release. 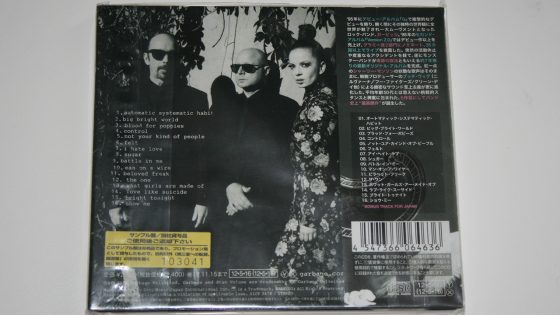 Promotional CD Album, 16 tracks (Automatic Systematic Habit / Big Bright World / Blood For Poppies / Control / Not Your Kind Of People / Felt / I Hate Love / Sugar / Battle In Me / Man On A Wire / Beloved Freak / The One / What Girls Are Made Of / Love Like Suicide / Bright Tonight / Show Me) in digipak with OBI strip.