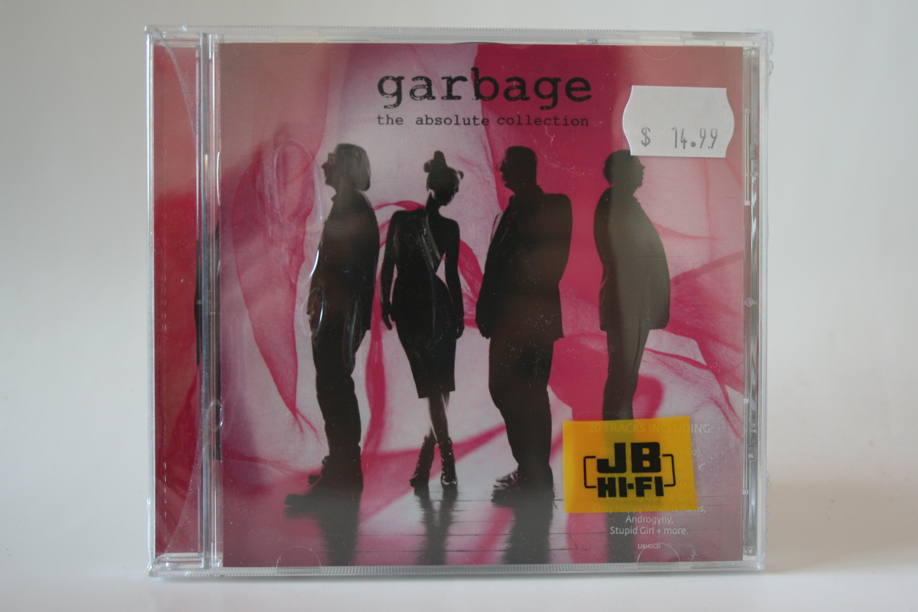 The Absolute Collection, a commercial CD issued to coincide with Garbage’s 2013 tour in Australia.

The release is pretty much the same as Absolute Garbage except with the addition of the tracks from Not Your Kind Of People and the extra singles from beautifulgarbage which sold well in Australia.

There is a sticker on the release which reads;

“20 TRACKS INCLUDING: Cherry Lips (Go Baby Go!), When i Grow Up, I think I’m Paranoid, Why Do You Love Me, Breaking Up The Girl, Only Happy When It Rains, Androgyny, Stupid Firl + more. LIB145CD”

After forming in Madison, WI, Garbage released their self-titled debut album in 1995 and rode a wave of visually arresting, female-fronted alternative rock bands. The album spawned the hit singles “Stupid Girl” and “Only Happy When It Rains” and was certified double platinum in Australia, the United Kingdom, and the United States, and went to #4 on the ARIA charts. The band won the Breakthrough Artist Award at the 1996 MTV Europe Music Awards, and was nominated for the Best New Artist Grammy® Award.

Their second album, “Version 2.0″, was released in 1998, was certified platinum in Australia and peaked at #5. It was nominated for two Grammy Awards including Album of the Year and Best Rock Album.

2001’s platinum-selling “Beautiful Garbage” was named one of Rolling Stone Magazine’s Top 10 Albums Of The Year and reached #1 on the ARIA charts. In 2005, Garbage released “Bleed Like Me”, earning the band gold status and a #4 place on the charts.

After a 7-year hiatus, the band released “Not Your Kind Of People”. The album debuted at #8 on the ARIA charts and spawned the singles “Blood For Poppies” and “Big Bright World”.