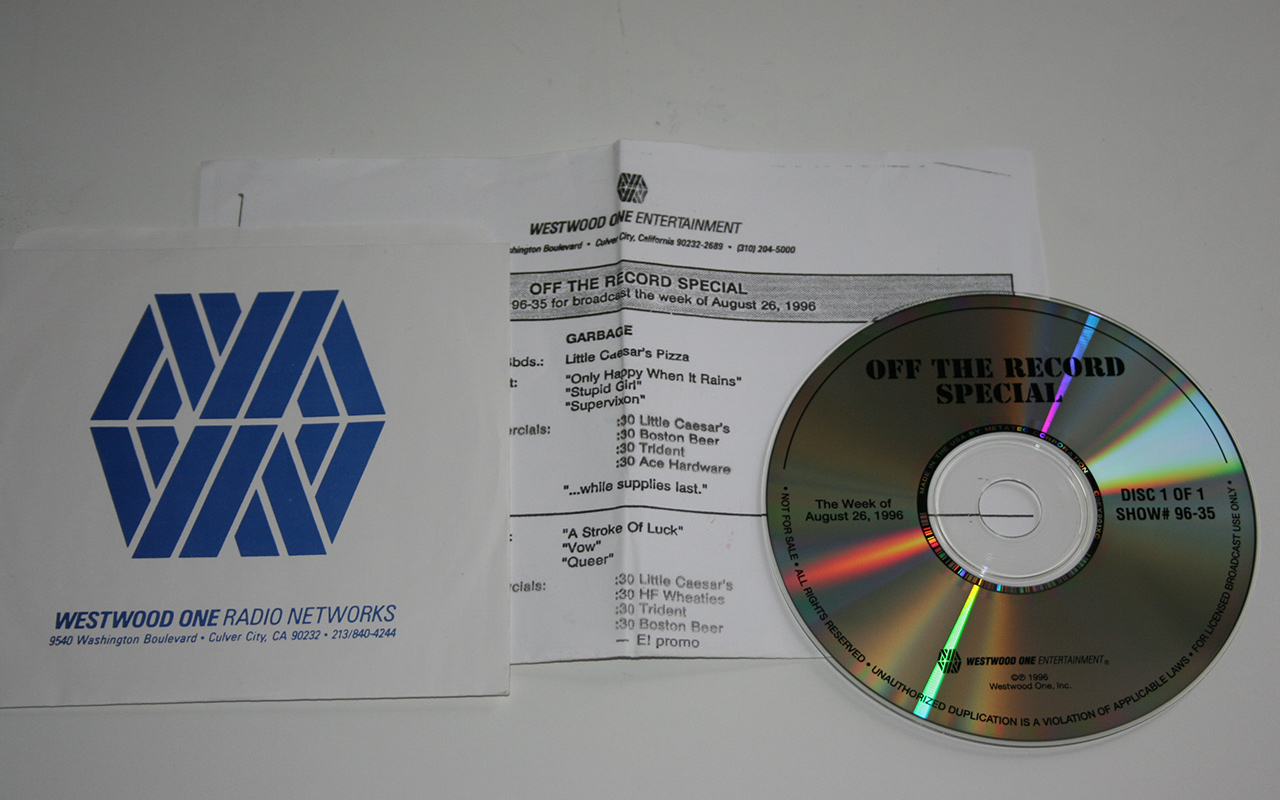 Off The Record: Westwood One radio show issued in the USA and first broadcast in the week of August 26, 1996.

The recording includes audio snippets with Steve Marker, Duke Erikson and Butch Vig talking about the tracks and Shirley Manson. The CD also includes studio versions of a number of tracks taken from the debut album, Garbage.

The CD also includes a show on Primitive Radio Gods.